India is waiting for the upcoming Lok Sabha Elections. Every political party is trying its best to influence the citizens. It’s not the time to focus on the result but to ensure that elections will be held in a fair and unbiased way.

Election Commission of India has unveiled a cVIGIL app to empower citizens in the upcoming elections. The app allows citizens to report any Model Code of Conduct (MCC) violation by taking photo or video and sending it to the election authorities.

According to Sunil Arora, Chief Election Commissioner (CEC), “by using the cVIGIL app, citizens can record the incident on his Android mobile and promptly to election authorities report any violation of Model Code of Conduct, any incident of intimidation or inducement within minutes of having witnessed them and without having to go to the office of the returning officer.” The authorities and officials are duty bound to take action on it within 100 minutes, He also added. 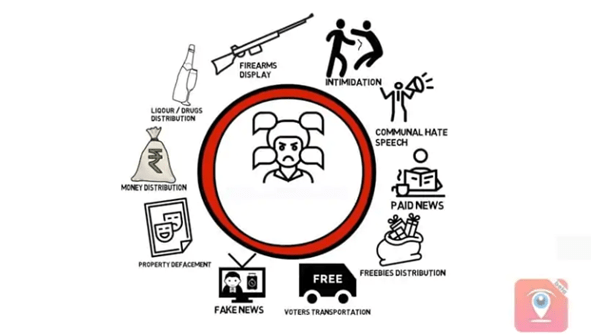 Talking about the app, cVIGIL is an Android app comes with a simple and user-friendly interface. You can either register yourself using the mobile number or can even stay anonymous if you want to. The home screen of the app only has two options – Photo and Video. You just have to capture the activity or record a video, briefly describe the activity and finally send it to the authorities. 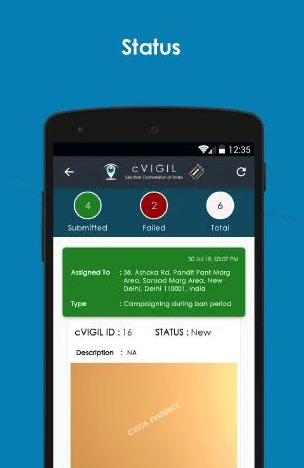 The app even allows you to check the status of your complaint by navigating to this status option. However, if you have complaint anonymously, you can’t track the status. This unique combination of timestamping, live photo with auto location can be fairly relied upon by election machinery to navigate to the right spot and take prompt action.

Furthermore, in order to help the voters in identifying the candidates correctly, the election commission has prescribed a new provision of printing the candidate’s photograph on the ballot paper so that it can be displayed on EVM (Ballot Unit) and on Postal Ballot Papers.

“As an additional measure to eliminate confusion, now voters can see the photograph of the candidate before pressing the button to confirm and make a conscious choice,” said the Chief Election Commissioner (CEC).

The 17th Lok Sabha election will commence from 11th April and will be held in seven phases. The final voting day is May 19 and counting will be done on 23rd May.