Opening recent apps and clearing all apps in a single tap is quite fun but it doesn’t work as looks like. Many Android users are still addicted to this habit. They install ram boosters and cache cleaner apps just to use that appealing user-interface of one-tap cleaning up. They install these applications with a hope of speeding up their device but do we really need ram booster and cache cleaner apps?

Actually No. These Apps does more harm than good. These apps lowers the performance of your phones and also decreases their battery life.

Why should you not use RAM Booster Apps?

Also Read: How Much RAM Do Our Smartphones Really Need?

How does an app run in the background?

For running any Android Application in the background, there is a service implementation. When we write anything inside this class, it keeps executing in a regular interval of time. Now, when you use RAM Boosters for clearing your RAM, these apps get force stopped for a while and again restarts after some time. So here, we should know that any Android app having background services can’t be stopped using these fake Booster apps. It can only be stopped at the root level with SuperUser privileges.

So, What most of these RAM Boosters do is just show you the amount of RAM  Available just after stopping running apps but when you go inside the Application manager after 2-3 minutes, you will see the reality.

If you use Android version 4.1+, then your Android operating system is capable of managing all background apps and you don’t need these apps.

Why are Cache Cleaner apps Useless?

Second, let’s talk about Cache Cleaner apps. First, let me ask, What is Cache memory? Cache memory is the fastest memory where installed applications, visited websites saves some data so that when you launch previously opened app again or visit that website again, they don’t have to load the images or useful data again and they can retrieve them from the cache memory and speeds up the process. So, it provides a performance boost to your phone.

If you clean the cache memory too frequently then those applications have to download the required data every time you open them and so increases the app launch time. It also causes more consumption of the battery.

Also Read: Why a Pen Drive or Hard Drive has Less Storage Space than Promised?

You should only clean cache memory when your device has less internal storage or when cache memory increases to more than a GB. You can clear it directly from the storage found in the settings menu. 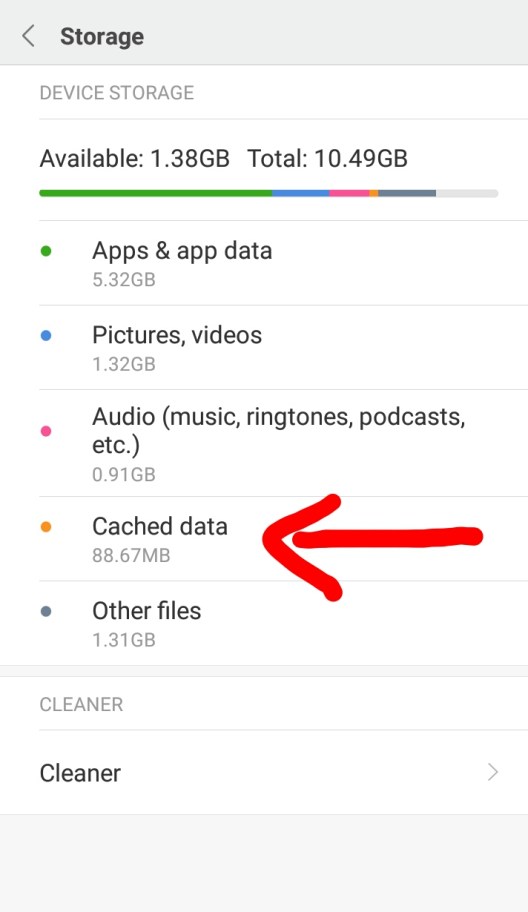 I hope this post will help you to decide which apps are good for your phone and which are not. I tried to keep this post as simple as possible. Now, You can also share this post with your friends and save their phones from this ultimate torture.