In the era of Playstation 5, X-box Series X, and Nintendo Switch, we still think of all the classic titles we had played on early generation consoles. Several classic games had excellent stories, gameplay, and visuals.

Nintendo 64 games were in a league of their own. Their exclusive titles are pretty fun to play still in 2022 as well. Let’s look at some of the best n64 games that are still enjoyable in 2022.

1. The Legend of Zelda: Ocarina of Time

Easily one of the best n64 games you can play even in 2022. An exciting 3D adventure game featuring puzzle dungeons and a storyline that connects us with the past. When it was released in 1998, it was way ahead of its time.

Boomerang, Hookshot, horse riding, puzzles, world exploration, etc., surprised gamers and, at the same time, challenged them. Moreover, mere texture that was to add details in-game screen was suddenly open to explore and conquer. Overall, Nintendo invented futuristic gameplay when games started to come to life. Many gamers fell in love with this n64 game, which still promises to keep us hooked!

This N64 game challenged the experts of shooting games right up front. An innovative design is what made this stand out in the crowd. A visual treat, Star Fox, is easily one of the best shooting games.

Gamers need to go through tough challenges to advance to higher levels. This intergalactic shooter is bound to keep you hooked for hours.

Super Mario changed the gaming scenario forever. Imitating the style, Banjo-Kazooie features a weird combination of a Bear and Bird. Their exploration of the adventurous island, solving puzzles, passing missions, etc., is fun to play. Moreover, it has characters like Gruntilda and Mumbo Jumbo with whom you’ll surely fall in love. All in all, a light and fun play, gamers will love this casual n64 adventure.

If you are looking for a water racing game, why not grab a classic n64 game? Wave Race 64 is an iconic jet-ski racing N64 game that is so realistic that every racing-game lovers connect instantly. The dynamic weather conditions and the ocean current leave players in complex and challenging situations.

A fan favorite, the Rogue Squadron in 2022 still makes sense. A classic Galactic war-based n64 game, the Rogue Squadron follows the concept of its predecessor. It has exciting levels with premium unlockable missions to keep you hooked. You can earn medals and badges after completing the task.

The Super Mario 64 is Nintendo’s attempt to evolve into a more detailed 2D and 3D setup, moving away from the classic Mario game. Moreover, changes were made to how players power up, a single-player mode was enabled, and many other tweaks led this Nintendo game to become the best in the business. So, if you love Mario, we don’t have to ask you to try it again, do we?

An engaging golf game with lovable Nintendo characters? It features Mario, Donkey Kong, Yoshi, and other crew members with distinct capabilities. You can play with any character and try to come out victorious. What more do you want?

On top of that, the game looks stunning, featuring a mushroom-liked kingdom. You’veYou’ve got to try this!

Pokemon Puzzle League is yet another classic Nintendo puzzle game with lovable playing characters, challenging tasks, and many exciting features. You will instantly fall in love with character voices. Moreover, you’ll need to fight gym leaders to collect rewards and progress through levels.

If you’re into strategy games, you can check out Ogre Battle 64. Nintendo never feared experimenting with n64 game genres, and this one is a fruitful example of that. This popular console strategy game is a map-based battle strategy game. It is never seen fusion between 2D and 3D representations. You’llYou’ll mostly spend your time planning for the upcoming battles. Moreover, you will feel a sense of joy after winning RPG-type matches in this Nintendo 64 game.

Although strategy game players tend to lean towards PC, Ogre Battle 64 Nintendo game is a must-try.

Gamers always like racing games. Instead of making a conventional racing game, Nintendo went onto a completely different path with this N64 game. Complex tubes, pipe holes, half-pipe coupled with the fast-changing track layout and enthralling racing, a package that wasn’t seen before.

Nintendo played a masterstroke by introducing this as gamers could now enjoy a high-intense racing game at 60 FPS. This game is still well equipped to give you some chills.

Big gaming studios launch their titles for every platform. However, not all of the game’s performances are up to mark. Let us know about your favorite one! This list should suffice if you are looking for an alternative for modern-day games or just searching for your nostalgic n64 games. 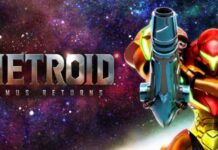