Tech4Fresher
Home Internet How to Block Avengers: Endgame Spoilers While Browsing the Internet

Marvel Cinematic Universe (MCU) is all set to release the conclusion of 22-film series on April 26.  The Avengers: Endgame is expected to become the highest grossing film of all time. Our favourite superheroes will avenge the deaths of people in the Infinity War and put a final stop on Thanos’ drama. If you are a Marvel fan and excited about the upcoming film, you probably don’t want the spoilers to ruin the Endgame for you. Today, I will show you how you can block spoilers of Avengers: Endgame while browsing the Internet.

Most people browse the Internet using their smartphone. So it’s important to block the Avengers: Endgame spoiler on the mobile first. Then, we will talk about computers and laptops.

1. There are many apps for blocking spoilers on smartphone and unfortunately, most of them don’t work as expected. I recommend you to install Spoilers Blocker app from the Play Store. It’s at least better than others. If you are an iOS user, install from here.

2. After launching the application, click on ‘Go to Settings’ button and enable the accessibility service.

3. Now come back to the home screen of the app, and click on Blockers. 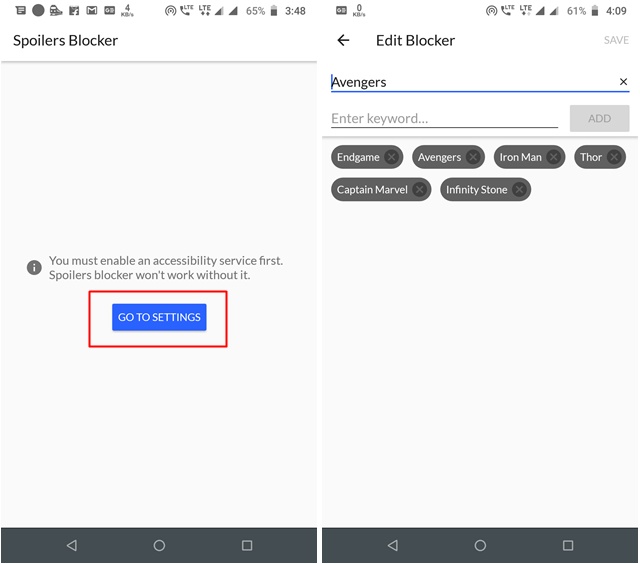 4. Now, tap on the plus icon present at the bottom right corner, enter the Spoiler name (say Avengers) and then add the keywords whose spoilers you want to block. Lastly, hit the Save button.

5. Finally, Tap on ‘Apps protected from spoilers’ and select the apps where you want to block spoilers (For example – you can select Facebook, Twitter, Reddit, Feedly, and other similar apps). 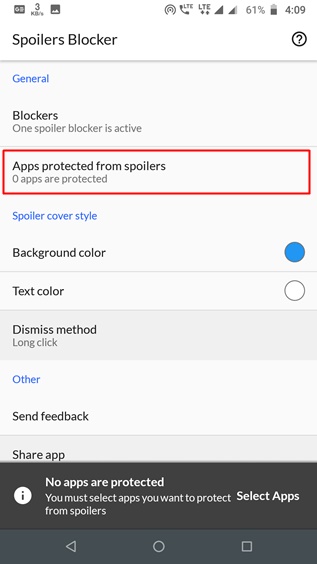 6. Now, whenever you use the selected apps, this app will automatically block any result related to the added spoilers keywords with a spoiler alert warning. 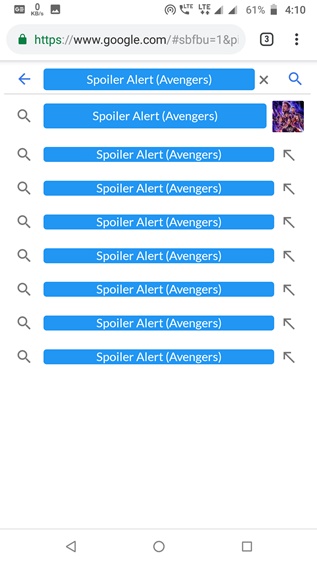 The easiest way to avoid Avengers: Endgame spoilers on the computer is to use a browser extension. Just like the app, there are many extensions available for this purpose. But as of now, I would recommend Spoiler Protection 2.0. This extension is available for both Chrome and Firefox. 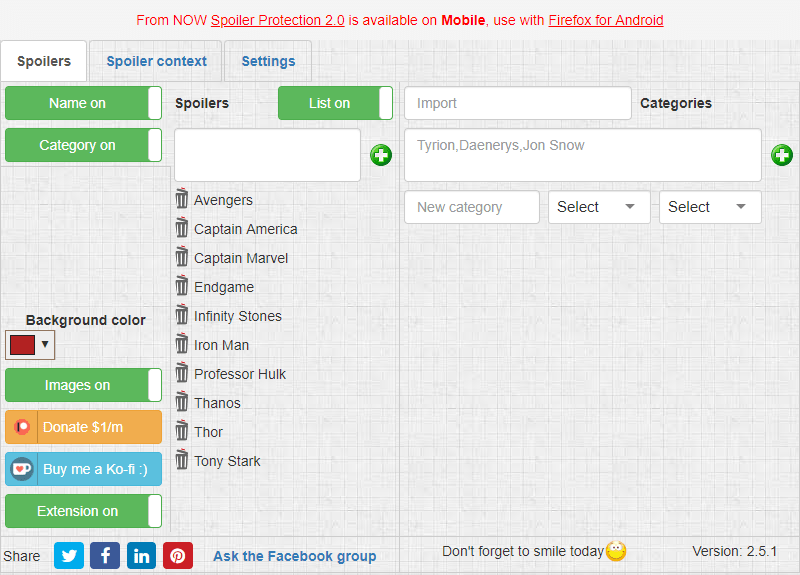 Just use the links above to download and add the extension into your browser. Once done, click on its icon, add the keywords you want to block and that’s it.

Now, this extension will block all the results with the added keywords. And so, you can save yourself from the spoilers until the launch date.

I hope the above two methods will help you block Endgame spoilers easily. Although for me, spoilers don’t matter as I can see the entire movie with the same excitement even after knowing the story. I know there are a lot of people who hate ruining their experience with these regular spoilers. If you have any questions regarding avoiding the Avengers: Endgame spoilers, make sure to ask them in the comments section below. And, don’t forget to share this post with your crazy-for-Marvel friends. 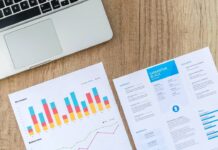 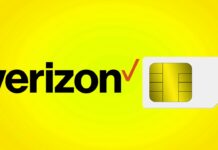 The Best Verizon Wireless Plans You Can Choose 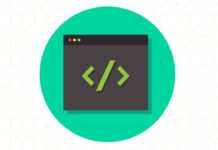 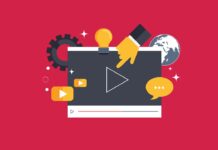 5 Best Online Video Converters You Can Use 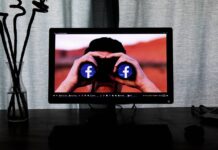 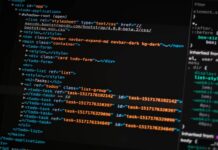 5 Best Online HTML Editors You Can Use