Tech4Fresher
Home Explainer What is Virtual Reality (VR) and How Does it Work?

Either it is one of the most revolutionary innovations or the biggest failure of all time. And that sums up our entire perception of Virtual Reality. Certainly, some people might have a basic understanding of technologies, but not exactly up to date with the recent innovations.

While others can broadly associate the concept of VR and all the terminologies. That is why we have curated this article for people from both ends of the spectrum on everything there is to know about what is VR and how exactly it works. In the end, we will also discuss some of the future prospects and where VR would lead us.

What is Virtual Reality?

Virtual Reality, also commonly termed VR comprises a computer-generated environment with all the scenes and objects that are too indistinctive from real. This is exactly what makes the experience so immersive. For the majority of the time, these environments can be accessed using a VR headset or helmets.

Take, for instance, if you were in a video game, you can play the role of a certain character and perform all the activities within the game. Although it might seem futuristic, the early adaptation dates back to the mid-1950s. The invention of Sensorama can be considered as one of the first Virtual Reality devices.

It was basically a machine that had built-in seats. While playing 3D movies, it could give off certain smells as well as generate vibrations to make the experience as immersive as possible. Subsequent development of the technology is what led to the VR we know today.

How Does Virtual Reality Works?

For the most part, the VR experience is delivered using head-mounted hardware that can easily track the movement of the user. The VR headset itself comprises a screen with two display panels for each eye. The frame is later strapped onto the person’s head.

Since the entire vision of the outside world is blocked, it seems as if you are within the virtual world. Based on the movement of the individual, the images are adjusted. Although the accuracy of the tracking depends on one individual to another.

With VR you can also control objects within the simulated environment. This is achieved using a pair of controllers on both hands. These controllers can virtually represent both of your hands and how you interact with the virtual world. And that sums up how you can get a VR experience.

Even after a decade of introducing the concept, there are several people unaware of Virtual Reality. The term VR and AR (Augmented Reality) can get confusing at times as well. One of the primary differentiating factors between VR and AR is how the worlds are built up and the different experiences they offer.

While Virtual Reality offers a completely immersive experience, everything you would see is artificially constructed. On the contrary, with Augmented Reality, simulations are placed within our world as a framework. So, wearing any equipment such as a headset isn’t really necessary while interacting with AR.

Over the past few years, a new concept has developed known as Mixed Reality. This hybrid model actually combines both realities. In other words, while virtual objects can be seen in the real world, they can also be interacted with. This makes both the digital and physical almost indistinguishable.

Using VR headsets, customers can travel to various places while immersing themselves in a completely different environment while tasting the dishes. This, in turn, can elevate fine dining experiences like never before.

The Spanish National Research Council has already succeeded in reducing the effects of Parkinson’s disease by treating patients while using VR. So, in the coming few years, one can expect several new adaptations within the industry.

Immersive journalism is not a part of any distant future as well. Media houses can actually take their viewers right to the place where events are occurring, while live-streaming complete 360-degree videos.

Virtual Reality can drastically impact the education system, while students can wear VR headsets within the classroom. With an interactive visual experience, students can retain their knowledge as well as help students in learning difficult subjects.

This is one industry where VR has already made its way. Users can easily enter into a scene in a video game, let alone play a character while not moving one bit from their sofa. The same can also be applied to movies and other extreme sports that users can enjoy in the comfort of their homes.

Virtual Reality can actually help architects to better envision and present their projects in front of their clients. This, in turn, can also become a cost-effective way to manage projects.

The UK Ministry of Defence has already started to use VR headsets while training their soldiers in simulations and cope up with the combat environment.

Digital twins is the term coined for physical objects in their digital form. Factory workers can actually enter into the virtual world and practice operating these types of machinery.

There are several museums and art galleries where you can take virtual trips to learn more about the history and culture behind them. This is certainly yet another fun implementation of Virtual Reality.

So, that was our curated guide on everything you needed to know about Virtual Reality. With the advent of VR headsets and their easy accessibility, let us know in the comment section below, where you are excited about getting your hands. 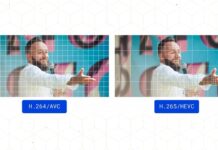