So, here you are finally excited to know all about the 5G network. In this article, we are discussing some of the most basic concepts of 5G and what makes it so special. What are you waiting for? Let’s dive into the world of 5G and learn how it’s connecting the world and revolutionizing the idea of communication.

Also Read: The Best VPN Service You Can Use

What Exactly is 5G?

The 5th generation of mobile network or more commonly known as 5G is the new global standard. Just like its predecessors 1G, 2G, 3G, and 4G; 5G offers a completely different spectrum of the network ensuring that it can connect to everyone and bring forth all the devices, and machines together.

The 5G technology is primarily meant for delivering multi-Gbps data speed along with ultra-low latency, reliability, and massive network capabilities are some of its hidden perks.

What are the Benefits of 5G?

This goes without saying, the much-awaited hype around 5G is its unprecedented speed. But at the same time, it also offers various advantages as well.

For starters, a higher bandwidth makes sure that you are able to connect more devices at the same time. No more slow speed just because more users are on the same internet connection.

As stated earlier, this is also a significant decrease in latency. This is basically the time the cell phone takes to make a request to the server and getting a response. In order words, communication with cloud platforms is going to be faster than ever before.

Most Common Use Cases of 5G

Due to its high speed and reliability, 5G can be used for a broad spectrum. For starters, it can be used for enhanced mobile broadband, mission-critical communication as well as a massive implementation in IoT. And the best part, 5G offers the flexibility for forwarding compatibility, which means it can support devices in the distant future that is completely unknown today.

Enhanced Mobile Broadband: Not only in smartphones, but 5G enables new opportunities for both Virtual Reality and Augmented Reality. With its faster, uniform data rates, users can expect a lower latency along with reduced cost-per-bit.

Mission-Critical Communities: 5G can offer new services that can completely revolutionize the industry with its super reliable, always available, and stable network. This can benefit the remote operations of critical infrastructure, vehicles as well as any medical procedures.

Massive IoT: 5G has the capabilities to seamlessly connect with a large number of embedded sensors. This again can be beneficial over scaling down the cost of data rates along with better mobility and power. With such lower connectivity costs, enterprises can mass-produce IoT devices.

According to a report by GSMA, the worldwide median download speed over 5G was 954% faster than that over 4G during Q3 2020. For better understanding, with a 5G network, you would be able to download a 2 hours movie within 10 seconds as compared to 7 minutes for 4G. That being said, there are several determining factors such as location and network traffic that can determine the download speed.

How Can We Use the 5G Network?

Just like any other generation of mobile connectivity, users need to have 5G enabled consumer devices to reap the benefits of 5G. In fact, all the major smartphone manufacturers including Apple, Samsung, Motorola, OnePlus have already released their 5G devices. Enterprises can also take advantage of 5G, simply by opting for personal installation instead of any nationwide rollout.

The Underlying Technology Behind 5G

Basically, 5G is based on the OFDM (Orthogonal Frequency Division Multiplexing) method. In order to reduce any interference, digital signals are modulated across various channels. The 5G NR air interface is used alongside OFDM. The wider bandwidth technologies such as sub-6 GHz and mmWave give it an edge over any other generation.

Just like 4G LTE, 5G also operates on the same mobile networking principles. The only difference being, with the implementation of 5G NR, there’s a higher degree of flexibility as well as scalability.

5G also ensures to use of multiple bandwidths by expanding the spectrum. That means, there is more likely to be reduced congestion. Neither less to say, multi Gbps speed, as well as low latency, are to name a few.

As stated earlier, the sole purpose of 5G is not only to deliver faster and more reliable mobile bandwidth as compared to 4G but also to expand into new horizons. This includes mission-critical communications as well as a huge step-up to IoT.

Before we leap into the future with the 5G technology, here’s what the previous generations of the mobile network were like.

First Generation (1G): The first-ever implementation of the mobile network with the delivery of analog voice.

Second Generation (2G): The introduction of digital voice. One of the most common examples being CDMA (Code Division Multiple Access.)

Third Generation (3G): The implementation and mass usage of mobile data. CDMA 2000 was one of them.

Fourth Generation (4G): An enhancement to the era of mobile broadbands.

Basically, every new iteration was designed to provide users with more connectivity, while improving the speed and reliability all together. 5G is next on the line with a much better experience than ever before.

Although the 5G technology comes with various bells and whistles, there are some severe setbacks we might face while implementing 5G. For starters, based on the survey conducted by GSMA, even by 2025 only 50% of all mobile communication will be using 5G. As for the remaining half, they might be still stuck at the older generation. There are some other concerns regarding the security of 5G as well.

Also Read: What is Domain Name Server (DNS) and How it Works?

For better or worse, 5G network is here and it would be surrounding us in the coming years. Here was our curated guide on everything you needed to know about 5G technology. So, let us know in the comment section below:

Are you excited about using 5G?

What is 5G Technology?

The 5th generation of mobile networks or commonly known as 5G is the new global standard. 5G is based on the OFDM (Orthogonal Frequency Division Multiplexing) method. Just like its predecessors, 5G offers a completely different spectrum and leverages the wider bandwidth technologies such as sub-6 GHz and mmWave. The 5G will not only improve connectivity, network reliability and speed; but also enables new opportunities for both Virtual Reality, Augmented Reality, Internet of things, healthcare and more. 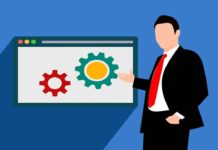 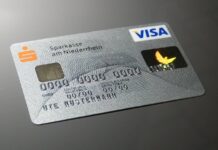 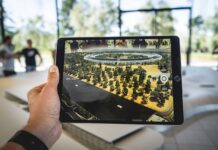 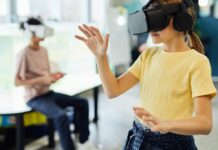 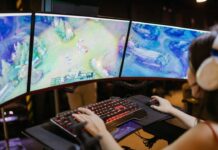