Tech4Fresher
Home Explainer What is EasyAntiCheat Service? And Why is it Running on My System?

You must be aware by now, there are several video games that install additional services before you can start playing games. As for the general user, they don’t really have any idea what exactly goes into those services. The same is applicable for Easy Anti-Cheat, which is required by various online video games preventing the cheaters from accessing the game.

But, this also raises the security question, why easy anti cheat is required to be installed in the system without having a clear idea of its actual purpose. For others, you might even wonder, the details behind these services. That is why, we have curated this article, with the intention to simplify the concept behind the Easy Anti Cheat service.

Initially developed by Kamu, the Easy Anti-Cheat is a tool that is specially designed in order to catch cheaters within online multiplayer games. The concept is more or less similar to PunkBuster, another anti-cheating application that came out in the early 2000s. You can actually find the Easy Anti-Cheat service installed for both PC and macOS.

The majority of the online games you play runs EasyAntiCheat within the background. As stated by the website itself, EasyAntiCheat is “focused on disabling the root cause of cheating on a technical level.” Using the tools, games are not only able to ban the cheaters, but stop them from mal practicing altogether.

Although the makers haven’t disclosed how exactly EasyAntiCheat is able to stop the cheaters, then again this is primarily to restrict them from learning more about the software. Based on the support document, EasyAntiCheat looks for corrupt memory, any untrusted system files, or unknown game files that can take part in malicious intent.

Along with all the various factors, EasyAntiCheat won’t work, in case the OS fails in driver signature verification or disabled kernel patch protection. For the majority of the time, you won’t even notice that EasyAntiCheat is running on your PC. Head over to the Task Manager and you would find ‘EasyAntiCheat Service’ or ‘EasyAntiCheat.exe’ running.

Also Read: What is hiberfil.sys and How You Can Delete it?

It is imperative to understand that EasyAntiCheat.exe is only active when you are playing any game supported by the same. So, in case your computer is still idle, the service won’t run in the background.

Take, for instance, if you launch Fortnite, the EasyAntiCheat service will start on its own and keep running in the background until you close the game. This is the only instance where Easy Anti-Cheat becomes active.

This goes without saying, many of the newly launched multiplayer games are adapting to the Easy Anti-Cheat services. This, in turn, has led to its popularity over the past few years. But at the same time, there are games that use their proprietary anti-cheat solution. The most common one being Steam, which has its own Valve Anti-Cheat System also commonly known as VAC.

Other companies including Blizzard have their own anti-cheating mechanism baked into their games. Heading over to the Easy Anti-Cheat website, and you can have a list of all the supported games. Some of the most popular titles among the lot include Fortnite Battle Royale, Far Cry 5, Tom Clancy’s Ghost Recon, and more. In case, you are not sure, our recommendation would be to tally with the list.

Is It possible to Uninstall Easy Anti-Cheat Service?

You might be wondering, whether is it possible to manually uninstall the service? Yes! You can do the same, but this would restrict you from playing any game that requires the service. You need to reinstall the service on the same directory, where it was initially installed.

For Fortnite, you can find the EasyAntiCheat directory as follows:

Double-clicking on the ‘EasyAntiCheat_Setup.exe’ will launch the service.

You can primarily perform only two actions, either click on ’Uninstall’ to completely remove Easy Anti-Cheat from your PC or click on ‘Repair Service’ in case you have come across any problem.

Also Read: 5 Best Games Like Fortnite You Can Play On Mobile

So, that was all about easy anticheat and how you can remove it from your computer. Now, the underlying problem pertains to that Easy Anti-check is quite shady, and they haven’t really disclosed the data they look for. So, let us know your thoughts in the comment section below. 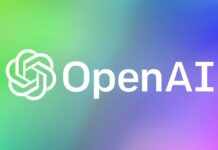