Tech4Fresher
Home How To How to Leave a Discord Server

Over the years, Discord has become one of the most prominent platforms to communicate with other members. But there are several instances when the server doesn’t meet your expectations. Or maybe you are simply no longer interested in becoming a part of the given server.

So, in this article, we are going to show you how to leave a Discord server. Furthermore, you don’t have to worry about receiving notifications from the given server. Any message from the server will completely disappear, along with the server from your sidebar.

Read: What Does Idle Mean on Discord

How to Leave Discord Server on Desktop?

There are two different ways you can leave a Discord server. Either you can use the desktop client or web app. But both ways requires following through different steps. In this section, we will be discussing how to leave the Discord server for desktop and web.

Whether you are running Windows, macOS, Linux, or Chrome or even accessing Discord via web version, the steps remain the same. Follow through the instructions mentioned down below to leave a Discord server:

Step 1: Launch the Discord desktop client on your PC. Now select the server you want to leave from the left sidebar.

Step 2: Your selected server page will open. Right at the top of the page, click on the drop-arrow icon next to the server name.

Step 3: From the drop-down menu, select the ‘Leave Server.’

Step 4: A prompt will show up, asking you to confirm your ‘Leave Server’ choice.

Step 5: Now you are officially out of the given server. The server name will not appear on Discord’s left sidebar.

Read: How to Unban Someone on Discord

How to Leave Discord Server on Mobile?

If you are using the official Discord app, you can always leave the server via your iPhone, iPad, or Android smartphone. Follow the steps down below to leave the server:

Step 1: Open the Discord app on your smartphone. From the top-left corner, tap on the hamburger menu (three horizontal lines).

Step 2: From the left sidebar, you will find the entire server list. Choose the server you want to leave.

Step 3: Here you can find the entire server detail. Simply tap on the three vertical dots in the top-right corner.

Step 5: Once a prompt pops up, select ‘Leave Server’ to proceed further.

Now you are no longer a part of the server you left.

Note: On Discord, users can actually create and manage their own servers. So, if you are interested, you should try it out at times.

Read: How to Record Discord Audio

Can You Leave Discord Server Without Anyone Knowing?

How to Delete a Discord Channel?

Step 1: Launch Discord, and click on the gear icon right next to the channel.

Step 3: Once the prompt appears, check to Confirm.

There are several instances where Discord users get simply tired of certain servers. From the above-mentioned steps, now you exactly know what to do. So, let us know in the comment section below, what was your experience with leaving a server? And what led you to leave in the first place? 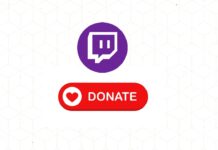 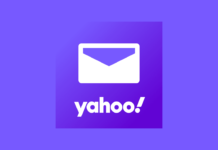 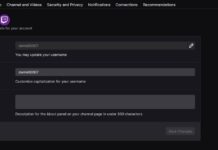 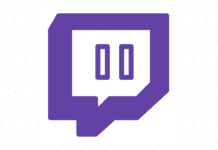