Almost all companies create hype before launching their latest smartphones. But as OnePlus always come up with something great and innovative, people are more interested in their leaks and renders.

As per the previous information, OnePlus 7 tipped to have an almost bezel-less phone with a mechanical, slide out a front-facing camera and no notch. But as per the recent leaks by @OnLeaks, the OnePlus 7 is expected to be launched with one different variant. 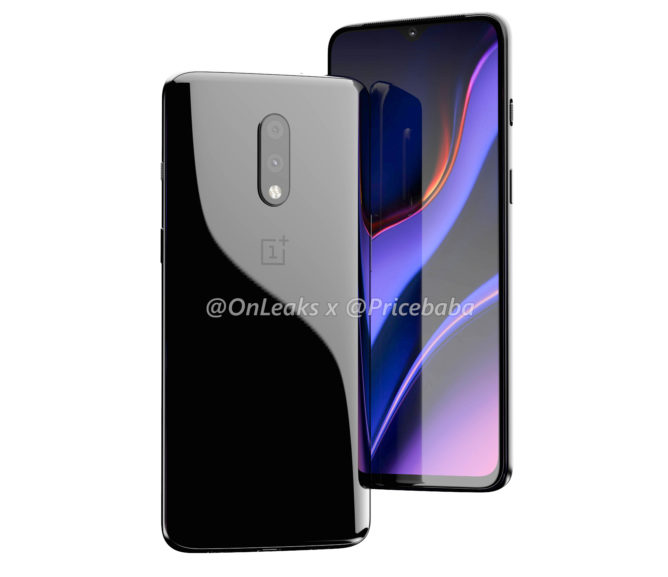 According to the leaks posted on Pricebaba, the standard edition of the upcoming OnePlus 7 shows a waterdrop notch similar to the OnePlus 6T.

On the rear, you’ll see a dual camera setup where we were expecting the triple camera module and pop up front camera. The new OnePlus 7 Pro branding also increases the possibility of the May 14 launch date.

Read: An Ultimate Guide to Understand Mobile Processors in the Easiest Way

You may have also noticed that the rear flash now placed inside the camera bump with two lenses. Apart from this, I can hardly tell that there’s any difference between OnePlus 7 design and the earlier model OnePlus 6T. The new variant is expected to feature a 6.2-inch display, smaller that OnePlus 6T with a 6.41-inch display.

Though we don’t have the complete information as of now, the cheaper OnePlus 7 variant is expected to have a Full HD+ AMOLED display, powered by a Snapdragon 855 SoC and coupled with at least 6GB of RAM. We are also expecting that OnePlus will follow the latest trend as could home optical in-display fingerprint scanner.

There’s also one speculated model which could offer up to 10GB of RAM. But again it’s recommended to take these details with a pinch of salt. We are yet to know many other specifications of the upcoming OnePlus 7. If rumours to be believed, the base variant of this smartphone will start from Rs. 39,990.