Tech4Fresher
Home News Windows 11 is Coming: What to Expect from this Major OS Update?

It’s been months now with Microsoft teasing their latest ‘next generation’ Windows Operating System. But, with all the rumors, and online leaks, it seems more than just a new update rolling out for Windows 10. Microsoft has announced a new Windows event on 24th June, and this is probably after a long time that we are going to get a new Windows release. And this all starts our speculation with the long-awaited Windows 11.

Windows 11: The Biggest Update of the Decade

Satya Nadella, the SEO of Microsoft made some really bold announcements at Build that it is going to be one of the biggest Windows updates in over a decade. It is back in 2011, with Windows 7 being one of the most popular and successful Windows OS of that time. By 2012, Windows 8 was already introduced in the market and radially failed.

On 30th September 2014, Windows 10 was finally announced. And over time Windows 10 drastically evolved, with every new iteration. So, this time around, Windows 11 is truly going to be the biggest update of the decade.

What’s New to Expect in Windows 11?

For the past few months, you must have heard about the term ‘Sun Valley’ tossed around here and there. That’s the codename Microsoft gave to the big UX overhaul coming to Windows 11.

Bear in mind, it is not the name given to the overall OS, but just for the user interface. The sole purpose is to make the OS more touch-friendly, something Windows 10 has been struggling for years now. Now, for the latest speculations, here are some of the changes you can expect in Windows 11.

In the latest Build Keynote, Satya Nadella quoted for the new OS will be able to “unlock greater economic opportunity for developers and creators.” This, in turn, can help us to have a clear understanding that something big is coming for the Microsoft Store. This goes without saying, the Windows Store hasn’t lived up to what the company had initially expected in Windows 10.

Initially, Microsoft had four different ‘bridges’ in order to bring forth more apps to the Windows Store. The first was to recompile iOS apps into Windows, and the same for Android apps as well. There was another package created to host web apps as UWP apps. And lastly, to put proprietary desktop apps to Windows Store. But, even before Windows 10 was shipped, the Android bridge died.

The same is applicable for desktop apps, where the majority of them didn’t even make it to the Store. But, with Windows 11 everything is going to change for the greater good. Now, developers would be able to submit their apps right away without the need for packaging them. Similarly, they can also host them directly using their CDN.

In other words, instead of getting your apps distributed directly by Microsoft, developers would only use the storefront. For Microsoft’s own set rules, apps like Google Chrome were left alone. But, this time around, it is going to make it far easier putting apps on the Microsoft Store.

When was the last time you remember running Windows on an ARM? Over the years, Windows 10 on ARM processor has always struggled due to hardware constraints, and most importantly lack app supports. The primary reason being, it only supported 32-bit emulation until now. But, with Windows 11, all the ARM devices will finally get support for 64-bit emulation. This has already been tested within Insider for quite a while now.

This is going to be by far the biggest surprise Microsoft has under its sleeve during the event. As of now, we could say that Windows 11 is going to be visually completely different from that of Windows 10. 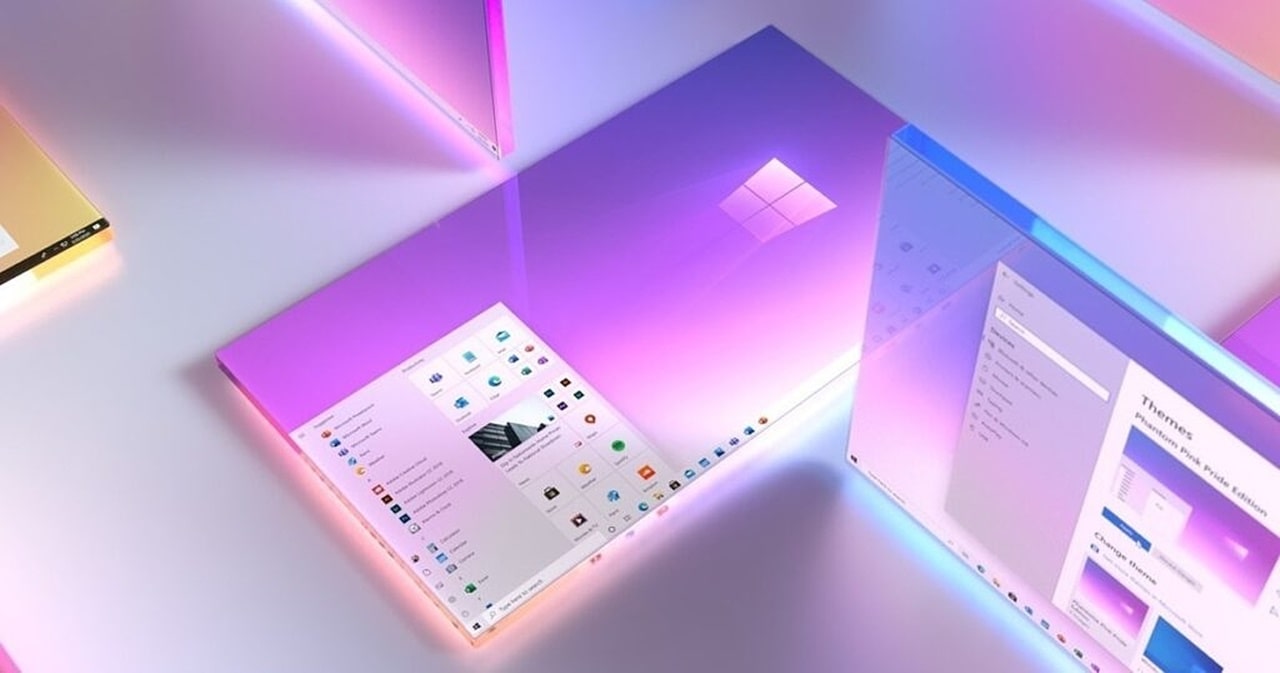 Over the years, Windows 10 has subtle changes but the score remained just the same. But, there hasn’t a need for a completely new look as you would expect from a newer version of Windows.

You would also be able to find more colorful icons throughout the OS. Be it the Device Manager, File Explorer and everything else. Following up with the Windows 10 preview, you can easily notice the UI change.

Windows 11 is not just going to be about the new looks. Fundamentally how you interact with the interface would also change as well. And this time around, Windows’s primary focus is to get better at touch, which Windows 10 has always struggled with. Certainly, Windows 8 was all-in-on touch, and we all know how badly it ended. Windows 10 on the other hand, held back on its elements. Windows 11 is also going to offer better support at swipe gestures.

Above all, you are going to find consistency every time you interact with Windows. Although nothing is official till now, you can expect quite the similarity in UI elements from Windows 10X.

Based on the timeline, Windows 11 is going to come out this fall. But, unlike every other update that Microsoft tests within the Windows Insider Program, there is nothing so far from Windows 11. But bear in mind, Windows 11 is more or less ready to ship. Most probably, with its announcement, Windows 11 will be available for Windows Insiders. So, let us know in the comment section below, are you excited about Windows 11?